Thought you might like to know that we have welcomed our baby girl Isla 🙂
Born 11th March, 6 pounds 10oz

Here is our birth story, sorry it’s quite long! 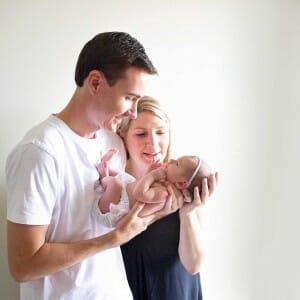 As you know I was facing induction (scheduled for Wednesday 11th) after little miss decided she was super comfy and wanted to decide her own birth date. I had one last Hail Mary acupunture induction appt at 6pm on Tuesday. Whilst I was on the table I focused all my energy on the lotus flower visualisation… My membranes began to release as I got up off the table after the 60min treatment! As it wasn’t the big Hollywood gush I was expecting I didn’t want to get too excited. My acupuncturist was freaking out but I borrowed a towel and drove home.
We had dinner at home and relaxed and at 10pm I felt my first ‘was that it, is it starting’ sensation.

I tried to rest but it wasn’t happening, I had to move during the sensations. Time is abit of blur for this moment but i do remember having to walk and bounce on the fit ball throughout, I also used the bath (making wave motions during surges really helped) I spent about an hr there but got too hot. By s stage the surges where coming irregular but very very strong, at about 4am rest of my waters released and I was not happy to find them green in colour because I knew that meant baby would need constant monitoring and my ideas of using water for pain relief where over, I didn’t worry I just accepted it.

We called the hospital and they advised us to come in to monitor baby, I wanted to know that she was ok so off we went. Checked in and yep no water allowed and baby needed constant monitoring. This next part is also abit of a blur but I was having 2 strong intense surges followed by a smaller shorter surge right after, this made it extremely difficult to catch a break and rest. I spent the entire time rolling backward and forward on the fitball listening to birthing prompts track ( I recall complaining to ryan that it wasn’t on repeat so him and the nurses tried desperately but weren’t too tech savvy) after 5 hours (having tried the gas, horrible stuff!) I requested an epidural as I was spent! I also agreed to an internal exam only 3cms but cervix was nice and thin said we would have this baby after lunch. After discussions with Dr I was put on the drip to try to make contractions more regular.

Fast forward another few hours of constantly being shifted from one side to the other as baby’s heart rate kept dropping. I agreed to another internal exam, now 5cm but baby’s head had moved into prosterior position and my cervix was swollen from her head trying as hard as it could to come down. After about 2 more hours baby’s heart rate was dropping significantly with each contraction (sorry surge!) and was taking some time to come back up it was decided that due to her heart rate, position, and the time since waters released we would deliver via c-section. I feel like my doctor did his best to follow our birthing wishes and really looked after us throughout. 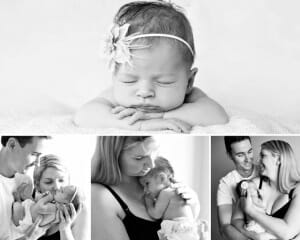 r fear, I believe that it was the hypnobirth practice I had been doing all those weeks. So whilst I didn’t get my calm, intervention free birth both Ryan and I feel 100% happy with our decisions during Isla’s birth.

Isla is sleeping and eating well and seems to be doing all the right things! We are smitten kittens for this little bear.

Isla is a very happy baby she is called an old soul by everyone for being calm as if she knows what life is about!!