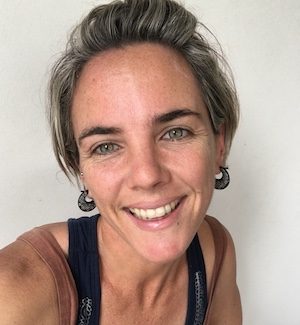 Esther’s passion for supporting women and couples in preparation for birth began while attending prenatal yoga during her own first pregnancy. After completing her level 1 Yoga Teacher Training she then went on to do further study in Prenatal and Postnatal Yoga. Over the years working with women through yoga during the perinatal period Esther realised she wanted to delve deeper into guiding and educating couples for birth. Having explored and integrated hypnobirthing during her second pregnancy, she knew that the Hypnobirthing Australia Course and how it aligned with her work and views regarding empowered birth was the path to follow. Esther aims to not only provide the best platform and range of skills for mother-to-be’s to have an empowered and calm birth but also to assist in building a strong and confident connection between the mothers and their partners so that they can move through birth and into new parenthood as a united front.

Esther is blessed with two children and has experienced birth in the hospital through the private system as well as a home birth supported by amazing and skilled midwives. In her spare time, she loves to garden, practice yoga and head to the beach for a surf. She also loves spending time with her family in the great outdoors and sharing the wonders of the natural world with her children and husband.